Karl has spent the majority of his career in food retailing, joining Sainsbury’s after graduating in the mid 1980s to work in the trading department. He joined Iceland in 1992 to eventually become trading director, responsible for all buying, with a position on the board of the company. After 5 years in senior commercial positions at UK facilities management business Sodexo, in 2010 Karl joined Asda, the UK’s second largest food retailer, to run the food trading team. At Asda he was responsible for fresh food, chilled food and frozen, categories with combined revenue of ~GBP 8bn and gross profit of ~GBP 3bn. Since leaving Asda Karl has taken on a range of consultancy roles, including a year working for Sainsbury’s Netto discounter concept, where he gained deep insight into the discounter retail format. Read more

To what extent do you feel that Aldi and Lidl’s existence as private businesses has conferred them tactical or strategic advantages, as they've looked to roll out operations at scale in this country?

I think that gives them the ability to stay under the radar, and pursue their strategies without the stoplight of having to report numbers, and go to the market and tell them what's happening. Play the long game effectively. I always remember Malcolm Walker, chairman and founder of Iceland, saying to me that the day he floated the company financially was an amazing day, but it was the day he completely lost control of the business, because he was constantly at the beck and call of analysts and commentators crawling all over the numbers, and shareholders wanting quicker returns than he felt he could deliver. The discounters have played a long, long game in the UK and it looks like it's paying off.

How were the incentive structures set up at Asda at the time that you were there? Did the incentives lead to behaviour that was to the detriment of the long-term positioning of the business?

I was incentivised significantly, to a large extent, big numbers. There was incentivisation on my like-for-like sales performance, in my categories and my bottom line profit delivery. In the year when I joined, in 2010, clearly I’d just joined the business so the numbers had already been baked in for that year, January to December. So, the re-budgeting process started in September, and I got what I would call relief in my P&L from value investments, which were reflected in the top line numbers, effectively deflation. The incentives were based around top line revenue growth, and bottom line cash profit. Now, I wouldn’t have hit a single number if I’d have done what I needed to do and invested £500 million in pricing.

I was not incentivised on volume, which ultimately is the biggest and most important driver. Volume is important. Everything in a retail operation is about boxes and packets. How many people you need in store is determined by how many packets you’re going to put on the shelves and how many items you’re going to scan through the till.

The distribution network is the same. Suppliers don’t give you better deals because your revenue has gone up, suppliers give you better deals because your volume’s gone up. If you go back two years there was fairly significant deflation in the UK market and most of the big four’s numbers were negative comps. That’s partly down to deflation, also loss of volume. You’ve seen a flip, we’re now been in an inflation period probably for about the last two years. So everybody is reporting, except for Sainsbury’s, positive like-for-likes, but it masks the underlying volume decline. So, CEOs hide behind inflation, ultimately. The rising tide lifts all boats, but as soon as the tide goes out you watch the numbers, they're going to sink back down again. The Aldi's of this world are protected from all of that. They do what they need to do, they don't have to report the numbers, if they do, it’s fairly top line. 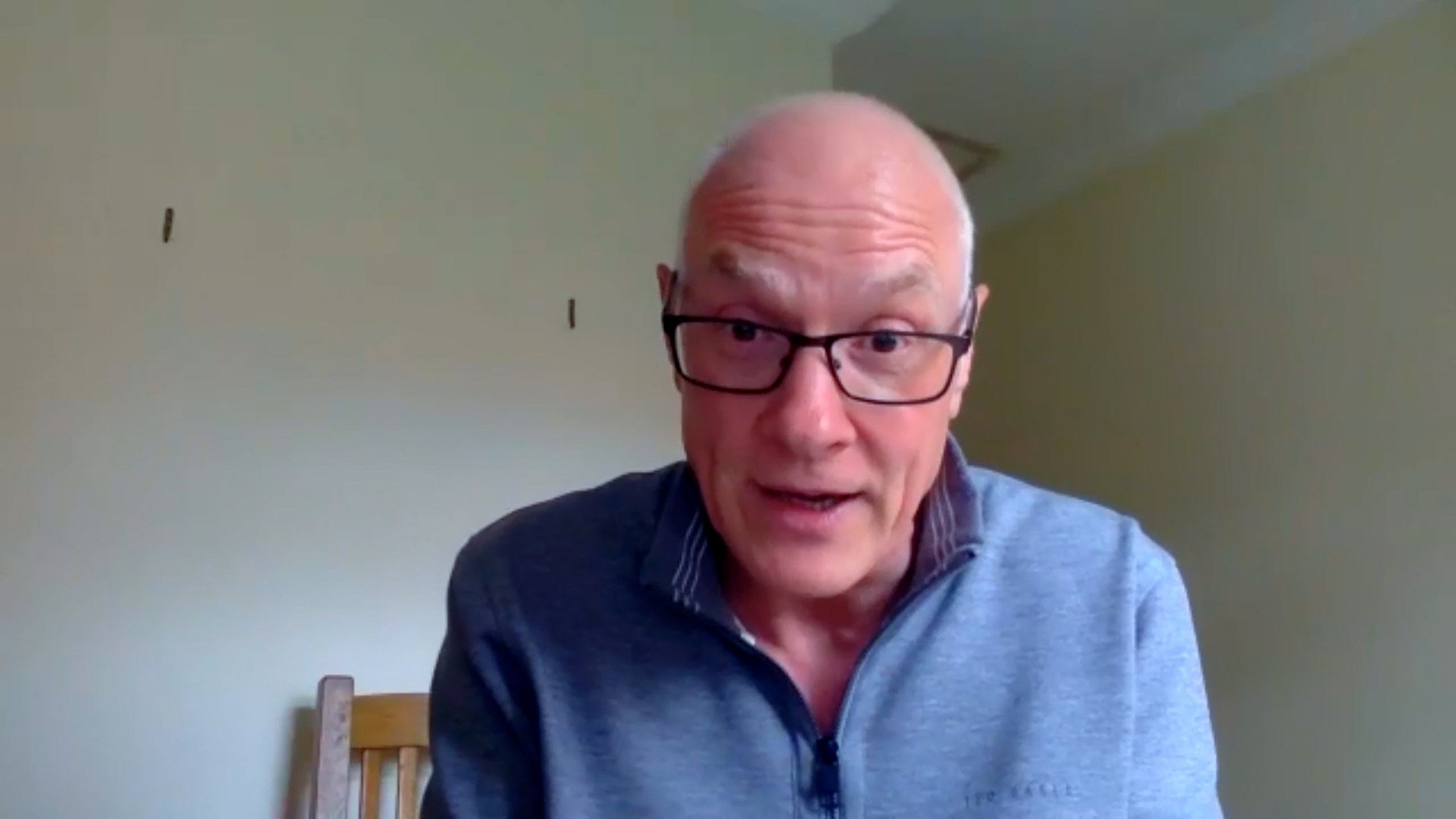